Ever since modern lifesaving techniques were developed around 1960, Laerdal Medical (LM) has worked closely with partners to improve the response of healthcare systems to life-threatening emergencies. The company today employs 1,600 people in 25 countries. Its success over the years enabled the shareholders to establish the Laerdal Foundation, an independent charity which supports research in acute medicine and global health. In 2010, the not-for-profit company, Laerdal Global Health (LGH), was formed, followed in late 2019 by the impact investment Laerdal Million Lives Fund (LMLF).

Laerdal believes innovation is about impact and that impact is about collaboration. To that end over the years the company has partnered with many professional associations and NGOs and will continue to do so over the next ten years to help achieve the shared goal of saving one million more lives every year. But this cannot be done without a commitment of significant resources both by the company and by its partners. In addition to the support to the Laerdal Foundation, which in turn supports research projects globally in what is generally called the “Discovery” phase of innovation, Laerdal is committing to spend up to $500m over the next ten years for the “Development” and “Delivery” phases on the road to innovation and impact. Up to $100m in matching funds will be sought from other investors.

Jan Vastvedt had worked at Laerdal for 15 years. He had practised CPR numerous times on manikins but never done it for real. That is, until he and his wife saw an elderly man unconscious on the ground.

His wife called the paramedics whilst he started CPR. When the paramedics arrived, they defibrillated the elderly man successfully. The man, aged 81, made a full recovery. 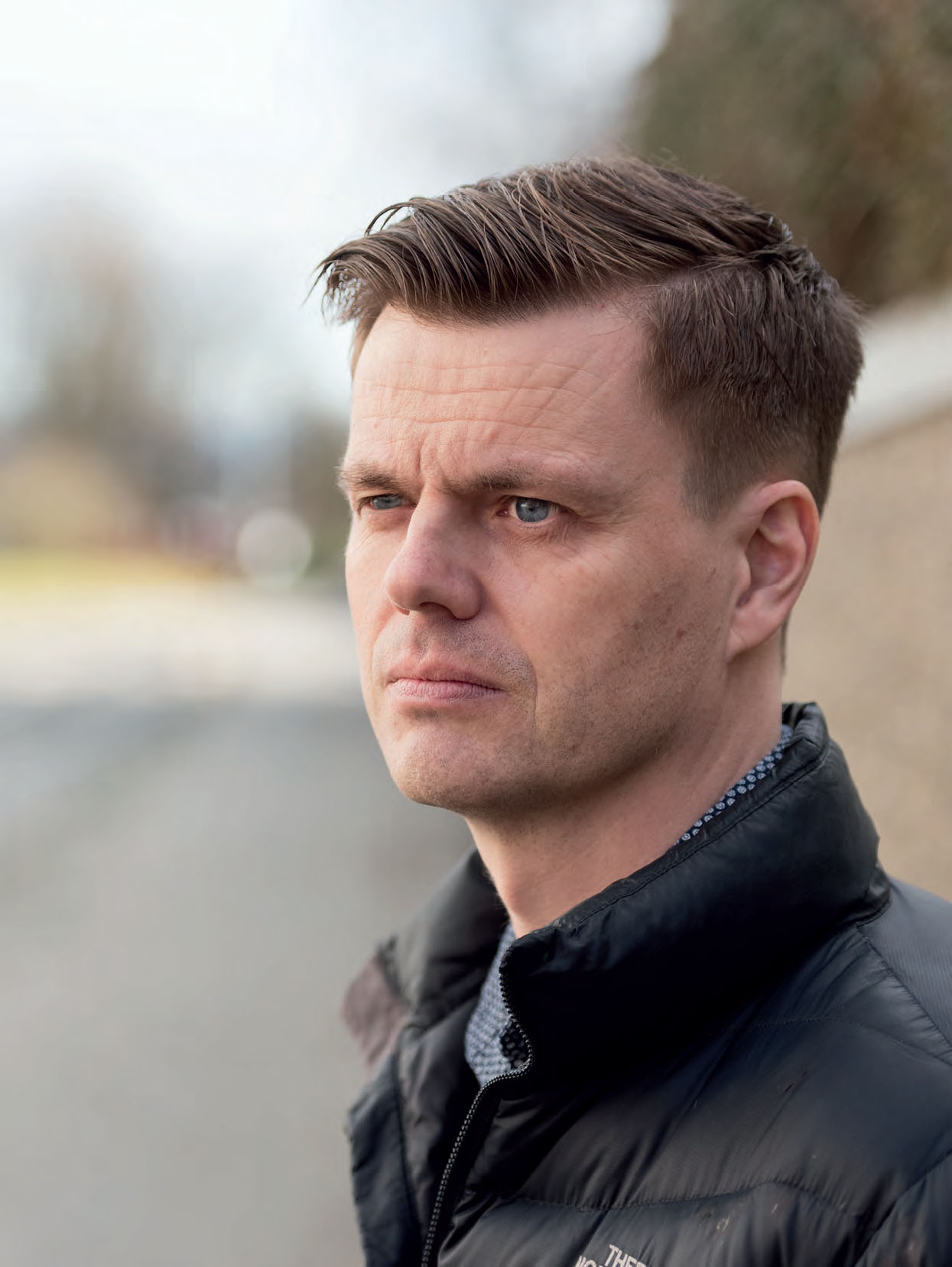 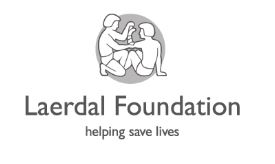 The Laerdal Foundation provides financial support for practically-oriented research consistent with the company’s mission of helping save lives.

In addition to providing grants to centres of excellence in North America, Scandinavia and Asia, the Foundation has supported close to 2,000 research projects including more than 25 expert meetings held at Utstein Abbey, near Stavanger, Norway.

The format for these Utstein meetings has proven so successful that it has also spawned a number of so-called Utstein-style meetings supported by the Foundation in other venues including on an update of the Utstein template for cardiac arrest (Melbourne 2016), on drowning (Amsterdam 2016), and on developing emergency care systems to reduce perinatal mortality (GRA Singapore 2018). 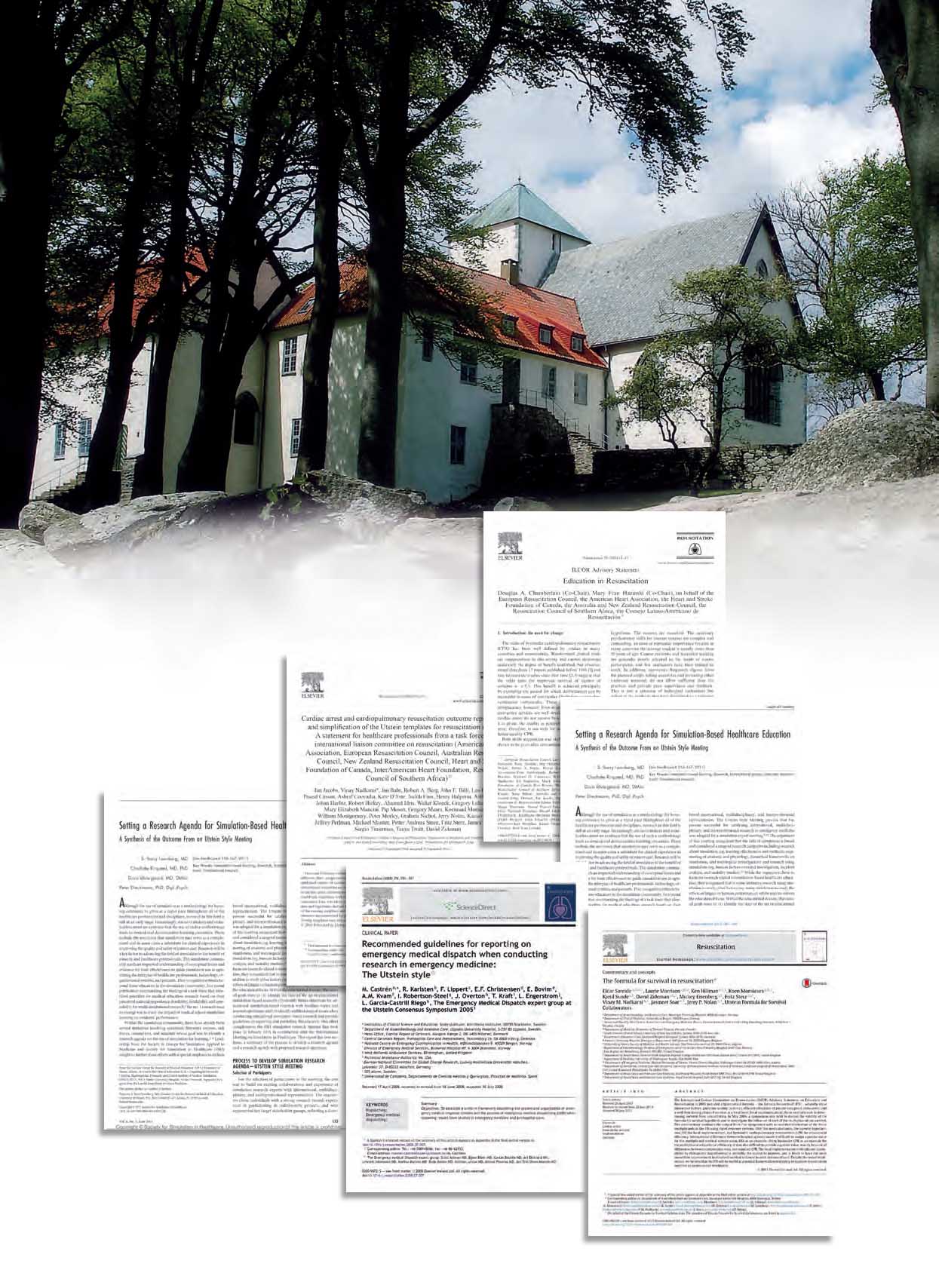 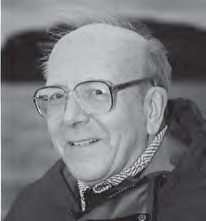 "The Utstein conferences have given a language and a method of assessing results and of making international comparisons within resuscitation."

$300m will be invested over the next ten years in developing strategic competencies and innovative solutions through in-house product designers and developers and an increasingly large network of development partners. An increasing number of these are focused on digital solutions in Laerdal facilities in Stavanger, Copenhagen, Bangalore, and in Washington DC where B-Line Medical, a leading provider of network and cloud-based video services is based. 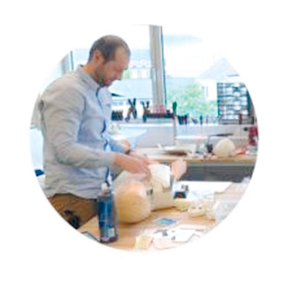 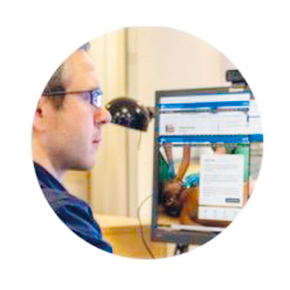 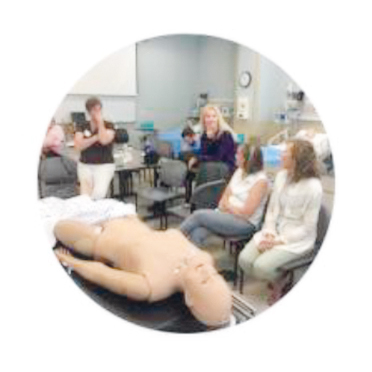 Creating simulation-based educational solutions with a focus on nursing 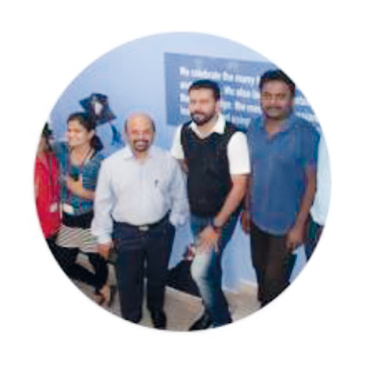 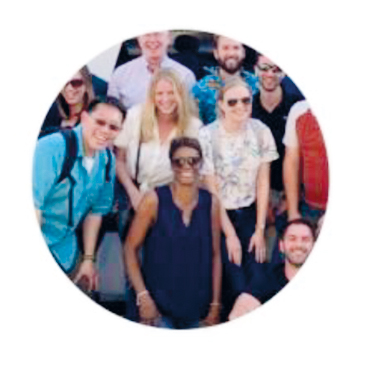 Laerdal Global Health and the Laerdal Foundation, at the closing ceremony of the Partnership for Maternal, Newborn & Child Health (PMNCH) Forum in Delhi, Dec 13, 2018, increased their pledges of support for the UN Every Woman Every Child Call to Action from $45m to $110m. About two thirds of this amount will support programs to train and equip one million birth attendants to become more efficient life savers.

The remaining one third will be contributed through the Laerdal Foundation in support of research projects to reduce maternal and newborn mortality including the Safer Births program in Tanzania and Nepal.

The Laerdal Million Lives Fund was established in late 2019 to invest up to $100m in ed-tech solutions and healthcare technologies that can contribute to Laerdal’s impact goal of helping save one million lives every year by 2030. The fund will support implementation and scaling of transformative innovations that complement the existing operations at Laerdal Medical and Laerdal Global Health and those that reach into new areas that could have a long-term impact on the goal.

The focus is on:

Current investments are listed at laerdalmillionlives.com

Laerdal aims at leveraging its support with matching funds from other sources. Examples of this are with Gavi and the Global Finance Facility.

If the impact of the $500m investments covered in this chapter, together with matching funds of $100m from other investors, comes to fruition, then it will have been a highly cost effective use of funds amounting to a cost per life year saved of $1.20 (assuming a residual benefit of the interventions for 5 years beyond 2030). Although the costs exclude those incurred by partners, this cost per life year saved is many orders of magnitude lower than the amount normally set for medical devices and pharmaceuticals that make them eligible for government funding. 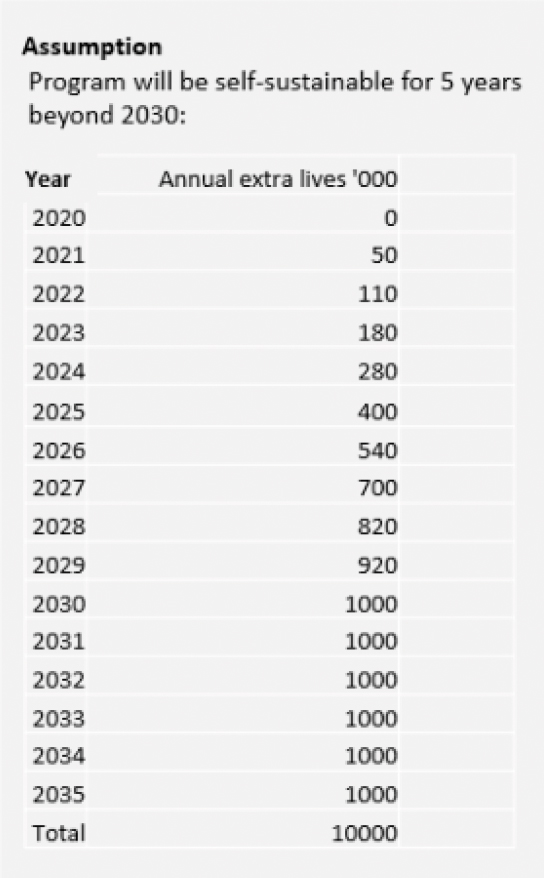 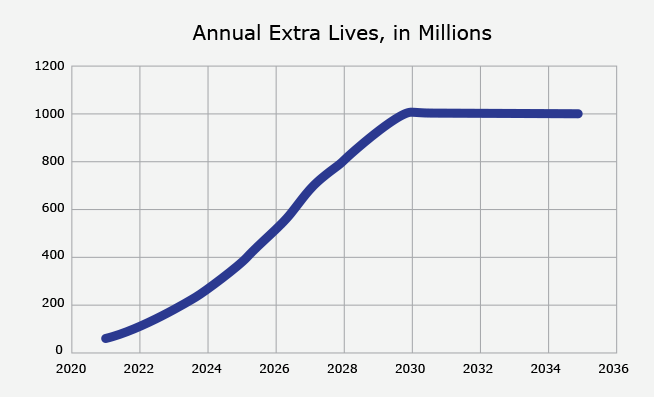 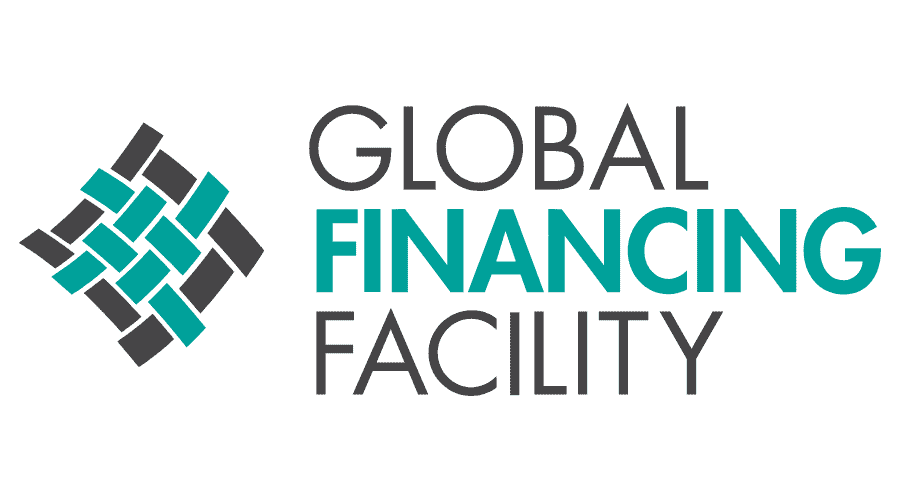 In March 2019, the Global Finance Facility (GFF), a division of the World Bank, and Laerdal issued a Call for Proposals on an Innovation-to-Scale initiative for proven innovations to reduce maternal and newborn mortality around and just after birth. Five grants were to be awarded through this call for proposals, each up to US$5 million over three years. Laerdal had committed $12.5m with matching funds from the GFF. The aim was to use this funding as a catalyst for mobilising co-funders for future scale up of the successful programs in 50+ GFF countries.

Three hundred and twenty proposals were received from 26 eligible GFF countries. These underwent a rigorous review process to ensure that they were backed up by evidence that they reduced maternal and newborn mortality; had an established proof-of-concept, including field pilot demonstration; and could be effectively delivered in low-resource conditions to achieve quality and improved outcomes at scale.

The proposal review committee was chaired by the GFF Secretariat and included representatives from the GFF Investors Group private sector constituency, the GFF Trust Fund Committee, Laerdal Global Health, the government of Norway, and UNICEF. Five winners were announced on December 19, 2019. 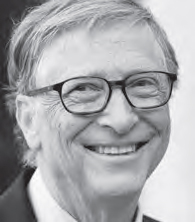 “The GFF Innovation-to-Scale initiative will not only help ensure the health and well-being of countless numbers of women and children around the globe but also serve as a catalyst for future private sector contributions, thus inspiring a more peaceful, equitable world.”

Winners of the GFF/Laerdal Call for Proposals 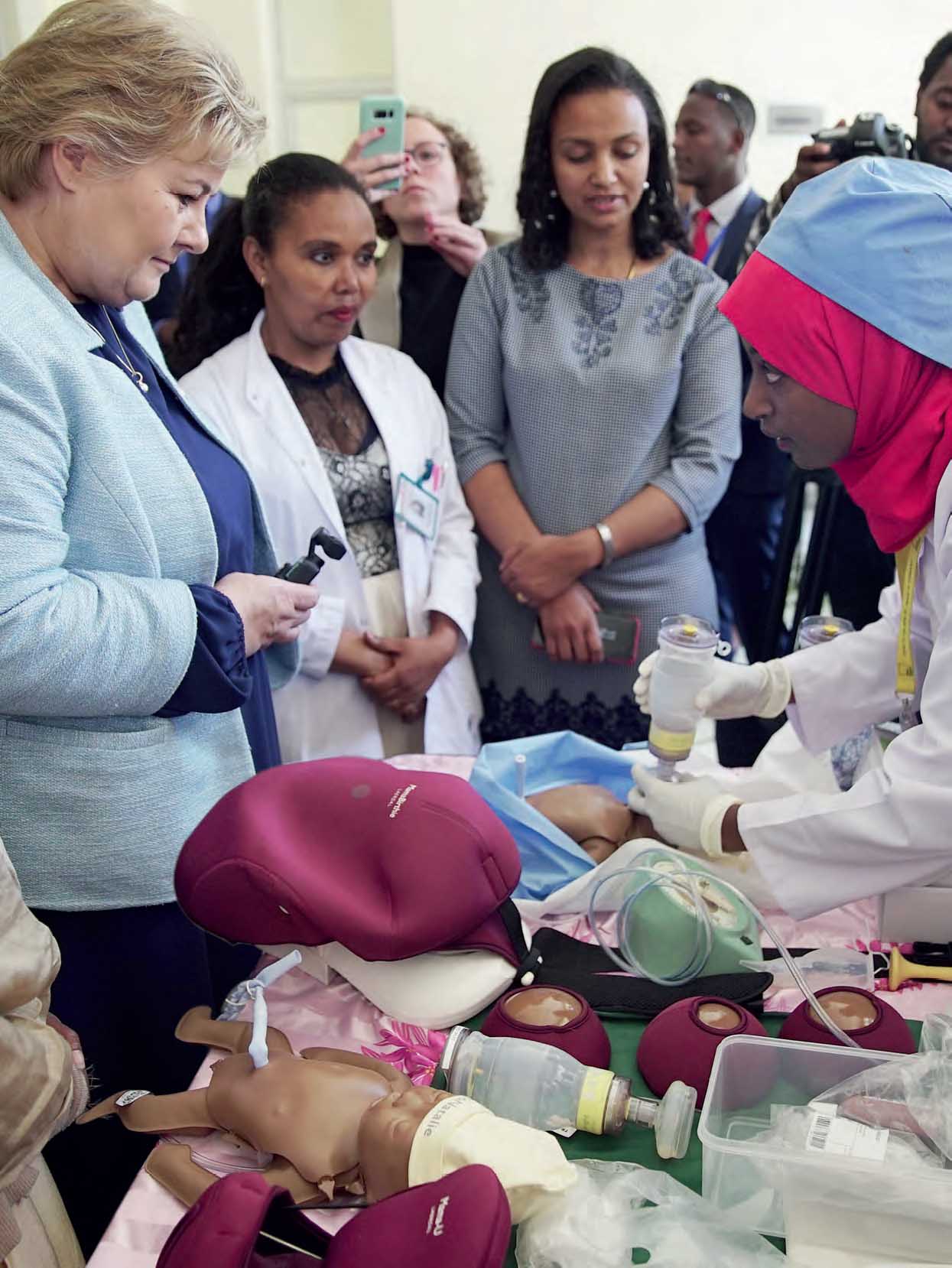 Midwife Shemsiya Teyib is introducing the 50,000 Happy Birthdays project to Erna Solberg (left), Norwegian Prime Minister, and Meseret Zelalem (right), Director for Maternal, Child Health and Nutrition at the Federal Ministry of Health, at a health centre in Addis Ababa in February 2020.

At the same meeting the KMC GFF Award winning project was also presented.